The Haunted House on the Hill – Cover Story

The Haunted House On the hill, Lets start the story. It was a cold winter night. My friend Nate and I had come to spend two days in a city known for its lush green mountains and hiking areas. We decided to spend the night in Nate’s friend’s farmhouse which had been empty for many years.

The house or the haunted house was two miles off the main road in a secluded area. I shivered thinking that there would be no one to help us there if we were in need. It was when Nate and I were being served dinner by the care taker in the guest house at hill. In the huge dinning room that I felt first sign of a presence there.

We had been hiking in mountains all day and were starving. The caretaker had cooked delicious food as Nate and caretaker were in conservation regarding surrounding area, I saw candle on opposite table blow out. The weirdest thing about it was that if it had been blown out by a gust of wind it would had flickered. But it went out, just like that, proof. The rest of candles on the stick were burning just fine.

I stopped mid-bite for a minute. I dismissed the incident with the thought that my eyes were playing tricks. I could not afford to think about this stuff especially because we had to spend a hole night there.

After dinner, we were shown our rooms on the second floor. We bid each other good night and went to get some rest. As I get into my night suit and was setting down, I felt a chill run down my spine. I looked to check if window was open but it was nailed shut! with my heart pounding against my chest, I got into bed… dreading the night ahead. After a few minutes of struggle, I still was not able to get the feeling that the house was haunted out or the haunted house out of my head just as I was about to drift off, I saw a pair of red eyes in the dim light stating at me, just hanging in midair. I was really freaked out.

In hunted house, I kept on telling myself that it was just a figment of my imagination. But still I had to talk someone, so I made my way to Nate’s room.

In the haunted house, I knocked at his door and got no answer. I pushed it open and was surprised to find complete darkness inside. I ran my hand along the gritty wall and turned on the light upon finding switch. That moment is forever etched into my memory, a painful reminder of that night. because Nate was not in his bed, but lying on the floor in the pool of his own blood, his eyes wide open in horror. They would stay like that forever, because there were claw-marks on his chest. Something had ripped it heart out. On the floor, next to has body, were the words:

The Haunted House: A Taughtstory

What is it about being a ghost that simply gets you feeling thing? Maybe it’s the scary story that is told in the house where you are staying? Or it could be the inexplicable haunting that falls over your friends and family as they wake up one morning? The Haunted House: A Taught Story is a children’s book that tells of a boy and his family who are vacationing on the island of St. John. One morning, while they are asleep, the ghost of a little boy who used to live in their home comes walking through their room. The family is so frightened that they run away as soon as possible.

The next day, when the family goes back to their hotel, the hotel manager calls the child’s parents to say that he is coming back for them the next day. So the family again moves away, this time to a different island, this time unknown to everyone but them. They remain to be seen and not heard.

The family comes back one day and they find the place they live has been transformed. The place is now haunted by a ghost. It is up to the family to find out what is going on and to stop the haunting.

What Is It about Being a Ghost that Simply Gets You feeling Thing?

Being a ghost is never anything but a scary experience for those who experience it. You get the creeps because you are alone in a world where no one else can ever know you exist. You feel like you are being witnessed by a small army of spirits who are out to get you. You can’t help but feel like you are being watched, that someone is listening to you, and that you should run away from this place as soon as you can. It’s just so scary.

Why Is It So Scary to Be a Ghost?

One of the scariest things about being a ghost is the fact that you don’t know who else is out there. When you die, you are officially becomes “not-a-ghost” and will be responsible for effects that are not your own. So don’t be surprised if you get haunted by a ghost that is not your own. Another scary thing about being a ghost is that there are no rules and no authorities in charge of things. The only ones who can call the shots are you, the ghost, and the rest of the “not-a-ghost” community.

The Haunted House: A Taughtstory

The lead character in The Haunted House: A Taughtstory is a little boy who used to live in the house where he and his family now reside. One night, as the family was asleep, a high-pitched voice said, “I’m here, I’m here, you got to run, run, run!” The little boy is instantly attracted to this voice and runs away in a panic. The family returns to the house the next day and are once again so frightened that they run away as soon as they hear the sound.

The next day, when the family comes back to the house and is once again very frightened, they start running away as soon as they hear the sound again. This time, the hotel manager calls the staff to get them out of there location. The hotel is never the same again.

At that point, the family is extremely frightened and start looking for a new place to stay. They decide on the island of St. John and call the manager of the hotel, “John” to end the haunting.

Start Your Haunted House: A Taughtstory

The lead character in the book, “The Haunted House: A Taughtstory”, is a little boy who used to live in the home where he and his family now reside. One night, when the family was asleep, a high-pitched voice said, “I’m here, I’m here, you got to run, run, run!” The little boy is instantly attracted to this voice and runs away in a panic. The family returns to the house the next day and are once again so frightened that they run away as soon as they hear the sound. 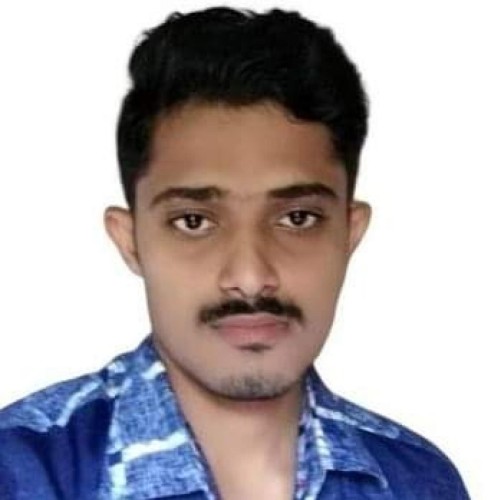 Sultan Javedhttps://thupload.com/
I trying to implement my beautiful faith in every aspect of my life. I'm Recently Graduated in Information Technology from GC University Faisalabad. I love to write about Life-Style, News & Trends. My Skills are SEO, Web Developer & Blogger. I hope what you find here is thought-provoking and beneficial. Enjoy! :)
Share
Facebook
Twitter
Pinterest
WhatsApp
Latest news
Corona virus